This is a summary of the full webinar presented by Dr. Kushal Gadhia on Student ACE courses. If you are a student, you can sign up to watch the full webinar among loads of other webinars on topics such as occlusion, periodontics, dentures and much more by following this link:

The first thing you want to be considering when treatment planning is the length of the span. You want to replace a gap which may have 1 or 2 teeth missing or in some rarer cases 3 teeth at the most. You also need to consider the positions of the missing teeth and whether they cross the midline.

Other things to consider are the periodontal surface area of the abutment teeth, their endodontic status, if they’re mobile, the quality and quantity of tooth structure remaining, if there are any restorations which are present, the patients oral hygiene and periodontal status, their occlusion and whether they have a parafunctional habit, if there’s enough occlusal clearance and the crown to root ratio.

Some better options in this particular case would be to do a cobalt-chrome partial denture with an immediate acrylic denture, a resin retained bridge from the upper right canine to the upper left central, or 2 implants to replace the upper right incisors.

In this particular case, the patient chose to go down the implant route but you can achieve a similar aesthetic result with a resin bonded bridge if at the time of extraction you’re able to achieve socket preservation and maintain good soft tissue and bone volume.

It’s clear that a pontic plays a huge role in improving the aesthetic outcome for the patient but it’s important to remember that it should also stabilise the occlusion and in turn, be able to withstand occlusal forces while also stopping overeruption of the opposing tooth. It should also improve the masticatory function for the patient. The pontic should be designed in such a way which means the area of the pontic, the connector and the margin between the retainers and the abutment teeth are all cleansable.

The first type of pontic design we’ll cover isn’t really done anymore but you might see it in a patient with an old bridge and it’s called a sanitary pontic design. There is a large amount of clearance from the ridge. This means the patient can clean the area really easily and it serves the functional purpose of a conventional bridge, but the problem is that it’s very un-anaesthetic. If ever you needed to do this type of pontic, it’s preferred to follow the contour of the ridge.

The next design we’ll talk about is called the dome shaped pontic where it’s tip sits on the crest of the ridge and the modified version of this is spheroidal shape where there is more contact to the ridge.

The design which is most commonly used is called the ridge-lap or the modified ridge lap pontic. The advantage of the these are that they’re much more aesthetic and the difference between them is that the modified ridge-lap, while easier to clean, gets more food impaction under the pontic, while the ridge-lap is harder to clean but gets less food impaction on the palatal or lingual side.

The last design we’ll cover is called the saddle pontic which covers more of the periodontal tissues and so is generally more difficult to clean and would require super-floss. Dr. Gadhia says that he would generally prefer to go for the spheroidal design.

Now we’ll cover the different types of conventional bridges, starting with a fixed-fixed design which utilises rigid connectors at both ends of the pontics. This can replace 1 to 2 and sometimes even 3 teeth spans but it’s important to note that the longer the span, the more stress and flexing that happens on the bridge which increases the chances of failure.

The abutment teeth for this design need to be parallel which can also be difficult to achieve over a longer span and also increases the chance of pulpal exposure if the teeth aren’t parallel. The abutment teeth also need to have similar retention and resistance forms so that the forces can be spread more evenly along the bridge.

Generally a fixed-fixed is actually not the best option unless you’re replacing a fixed-fixed bridge or unless the adjacent teeth are in need of cuspal coverage. That said, you shouldn’t be using root treated teeth as abutments.

This is an example of a failing fixed-fixed bridge which had marginal defects and secondary caries replacing the upper right 1st premolar. The upper right molar needed to be extracted. These are the pre-op clinical photo’s showing the marginal breakdown and you can also see a modified ridge-lap design for the pontic.

This is the post-op where the margins have been re-prepped and a new bridge had been made. It’s important to remember that there is a 1 in 6 chance that the teeth may devitalise in which case you would need to endodontically treat this tooth. As we’ve said before, you don’t want to bridge a root treated tooth. So lets say the canine devitalised, we would cantilever from the 2nd premolar and crown the canine individually. Lets say the 2nd premolar devitalised, Dr. Gadhia doesn’t like to do distal cantilevers, so in that case he would leave the abutments as crowns and fill the space using a different method by placing an implant or a denture, or alternatively, accept the gap.

The next type of bridge we’ll cover is called a fixed-movable and this is where you have one rigid connector and a moveable connector on the other side which allows vertical movement only. These are generally used for longer spans where the angulations of the teeth are not parallel and the preps would be way too destructive. In this case we introduce 2 different paths of insertion where we place the first part followed by the 2nd part of the bridge locking into the first part.

Another type of bridge design would be the cantilever bridge where we only use one end of the pontic. This is generally good for anterior spaces and shouldn’t really be done posteriorly because there are more forces placed on the pontic. We’ve spoken about this before but there should never be lateral excursive forces on pontics and should have fairly light contacts in ICP.

The next type of bridge design is a spring cantilever where the adjacent teeth are not suitable as abutment teeth and so we need to use a tooth at a different site. These are rarely done.

Other designs include hybrid designs where you use a combination of a conventional prep on one side and resin bonded retainer on the other side of the pontic. Removable bridges can be removed to clean underneath and implant supported bridges can also be done.

In terms of materials, Dr. Gadhia massively prefers to use PFM and where you extend the porcelain up to can depend on the opposing arch and if the person is a bruxist for example. Metal margins are also preferred if it’s not in the aesthetic zone because they’re much easier to clean.

For full porcelain bridges, there needs to be more long term studies to evaluate their outcomes but this is an option and it would be more conservative than a PFM.

Gold can be used but only in anaesthetic areas and is also more expensive.

In terms of luting agents, you can use one of the following on the screen although bare in mind that zinc-oxide-eugenol is used as a temporary cement.

There can be complications with constructing bridges. We’ve already mentioned that 1 in 6 teeth can devitalise. You also need to be mindful of the periodontal membrane space widening and bone loss due to unfavourable loading and from a restorative standpoint, these abutments are prone to secondary caries, de-cementation and increased chances of fracturing due to the increased loads. 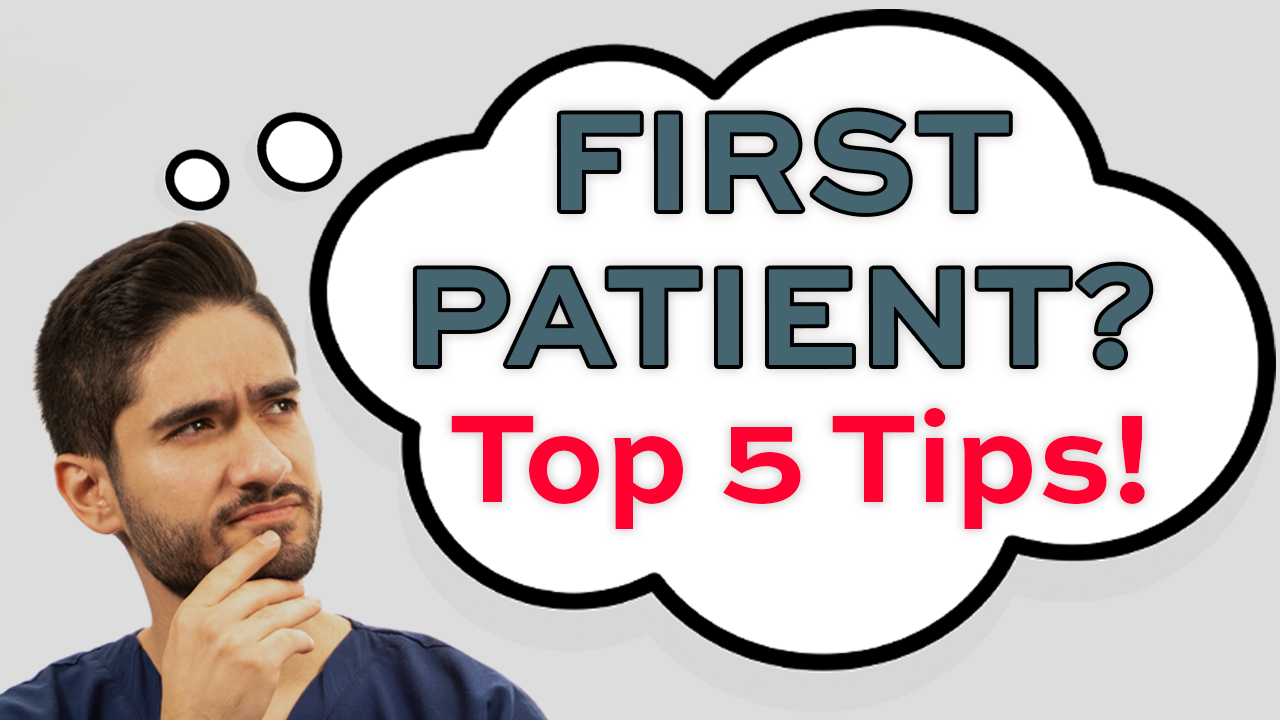 In this post we cover our top 5 tips on how to prepare yourself for when you’re about to see your first patient! 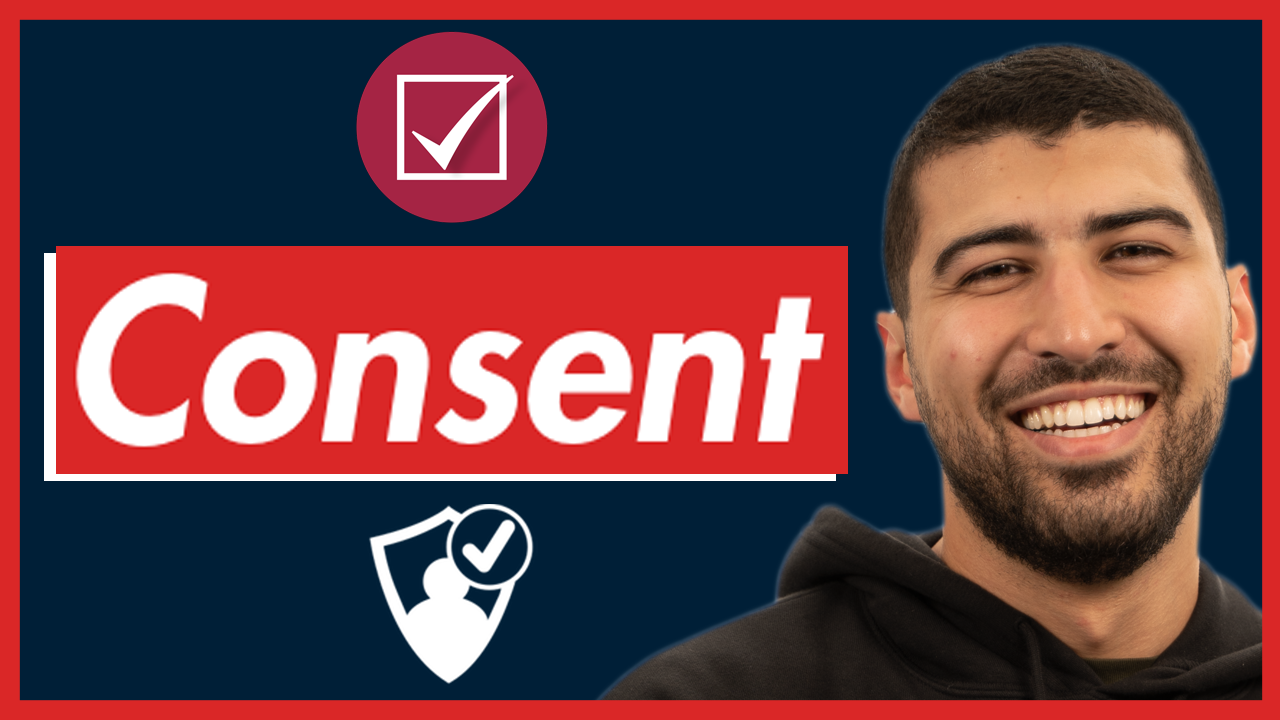 What is Medical Consent? Everything you need to know! 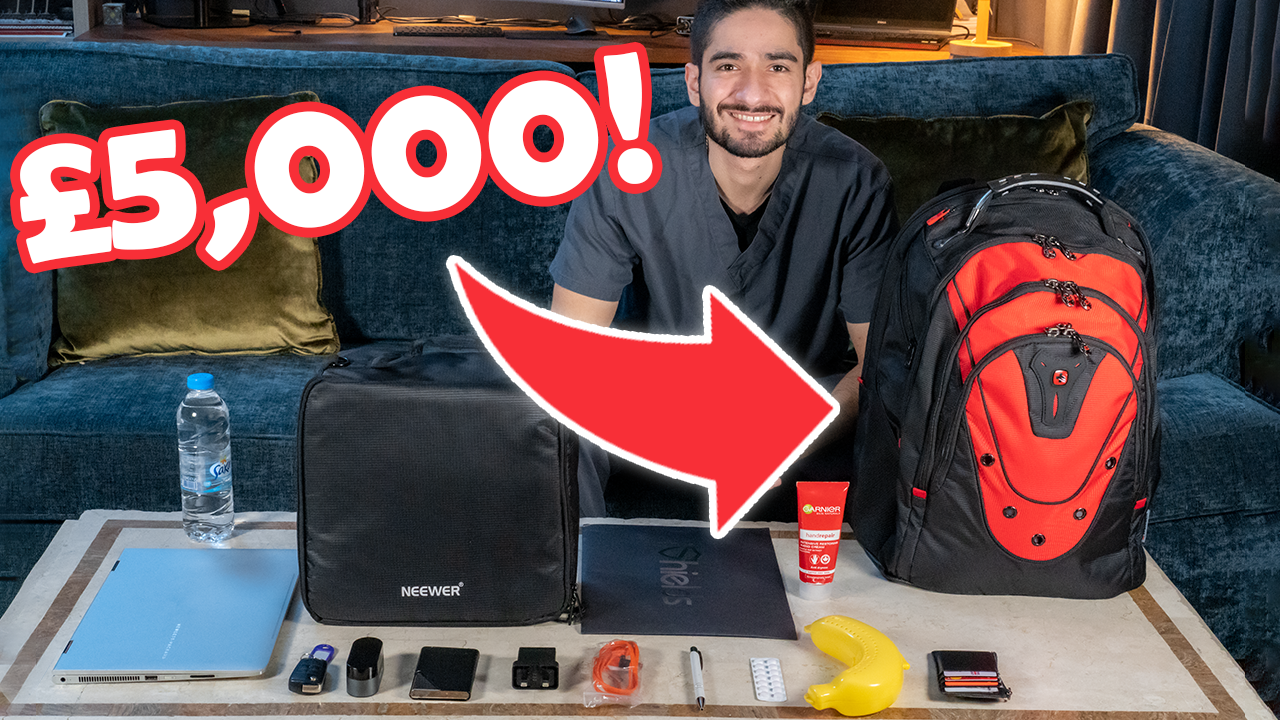 What’s In My Bag?! | Dentist Edition

Hi everyone, in this video, I show you everything that’s in my bag as a dentist! If you’re curious, press on the video above! 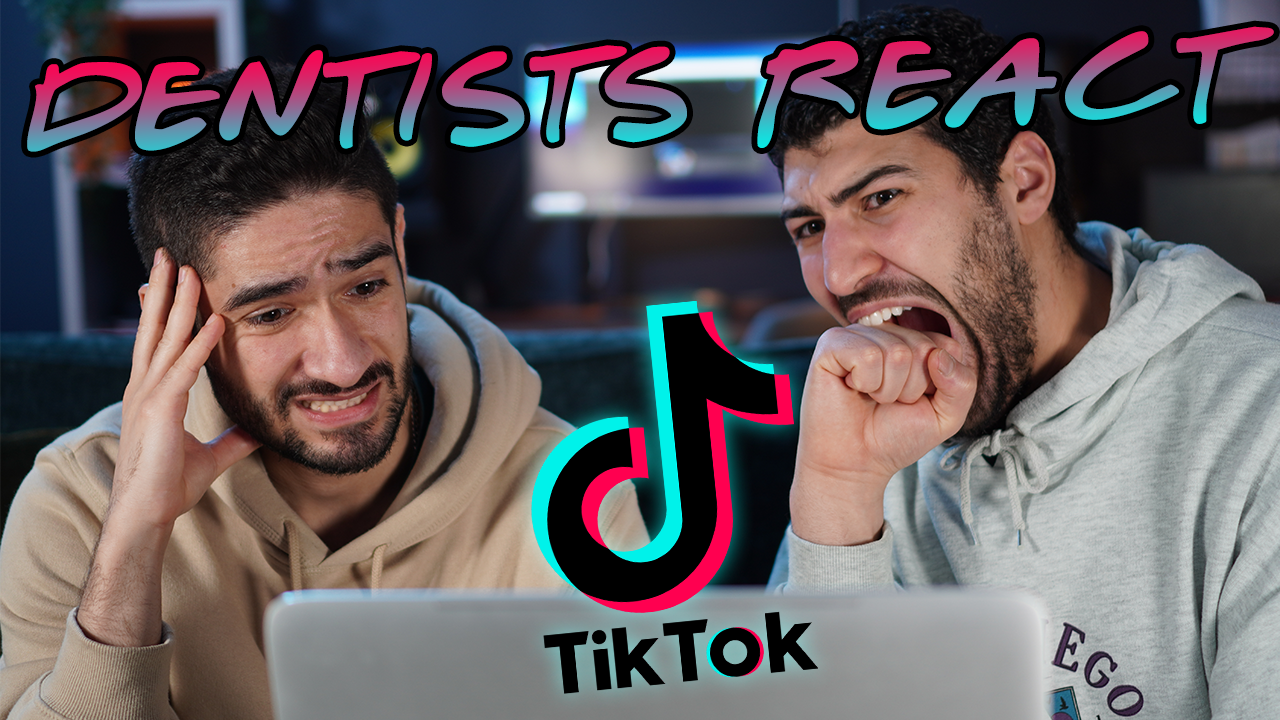 Hey guys, we thought we’d change it up this week with a dental TikToks reaction video, Hope you enjoy it! 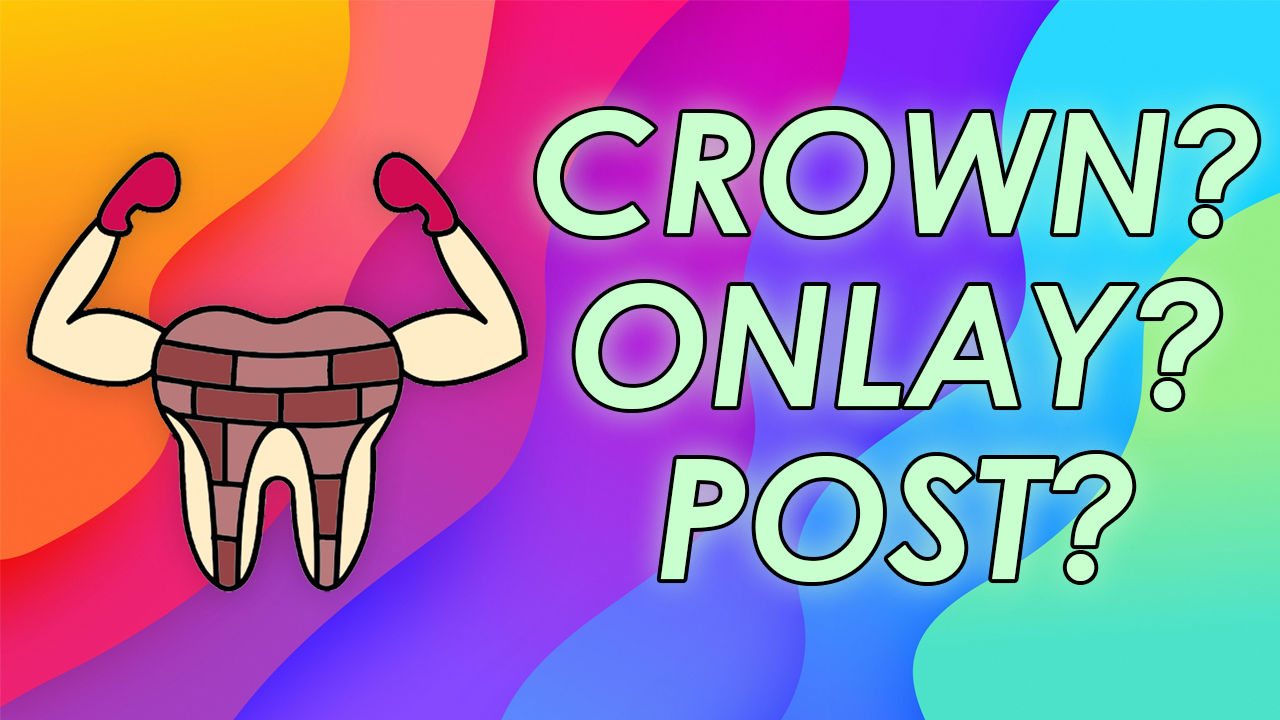 In this video, we cover the core principles of restoring root treated teeth (RTT) including the indication for posts, suitable cores, discussing when cuspal coverage would be appropriate and how long we should wait before doing so. 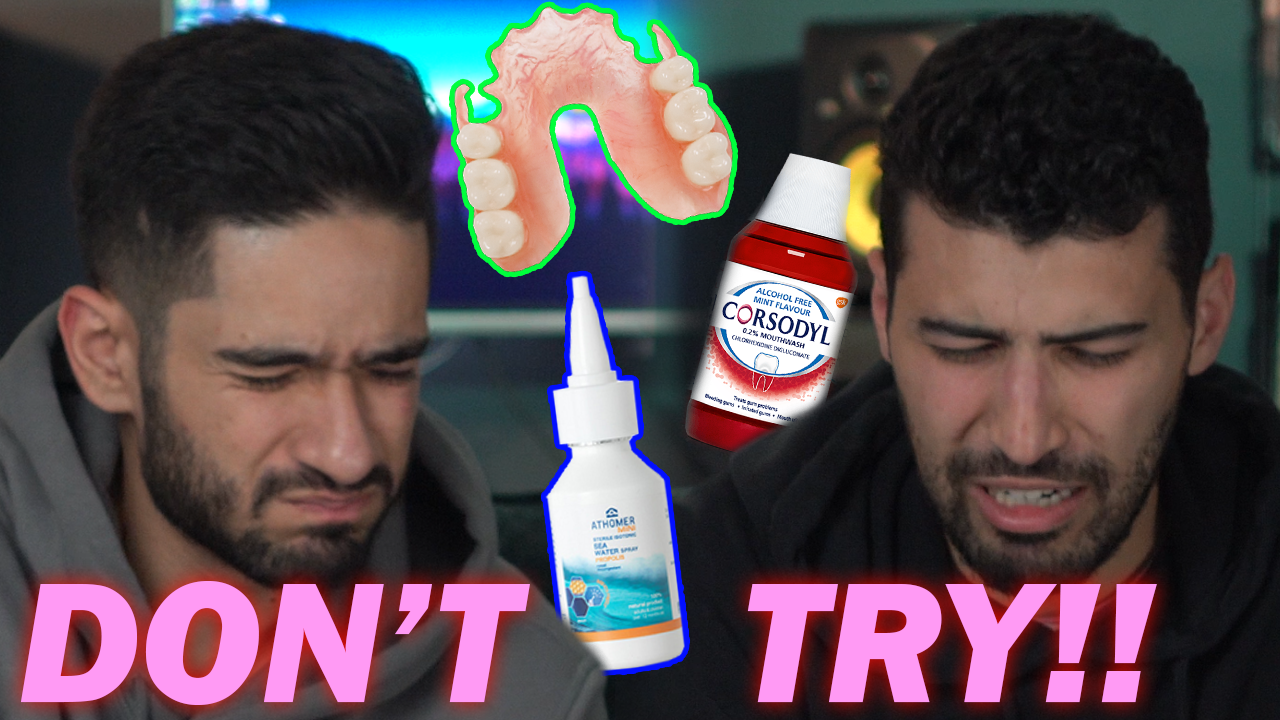 What’s up guys, this is a bit of a different video that we have for you. Here are some weird an wonderful dental products that you might find at your local supermarket. Some of this stuff we recommend on a daily basis but we’ve never really tried the stuff.. until now 😂 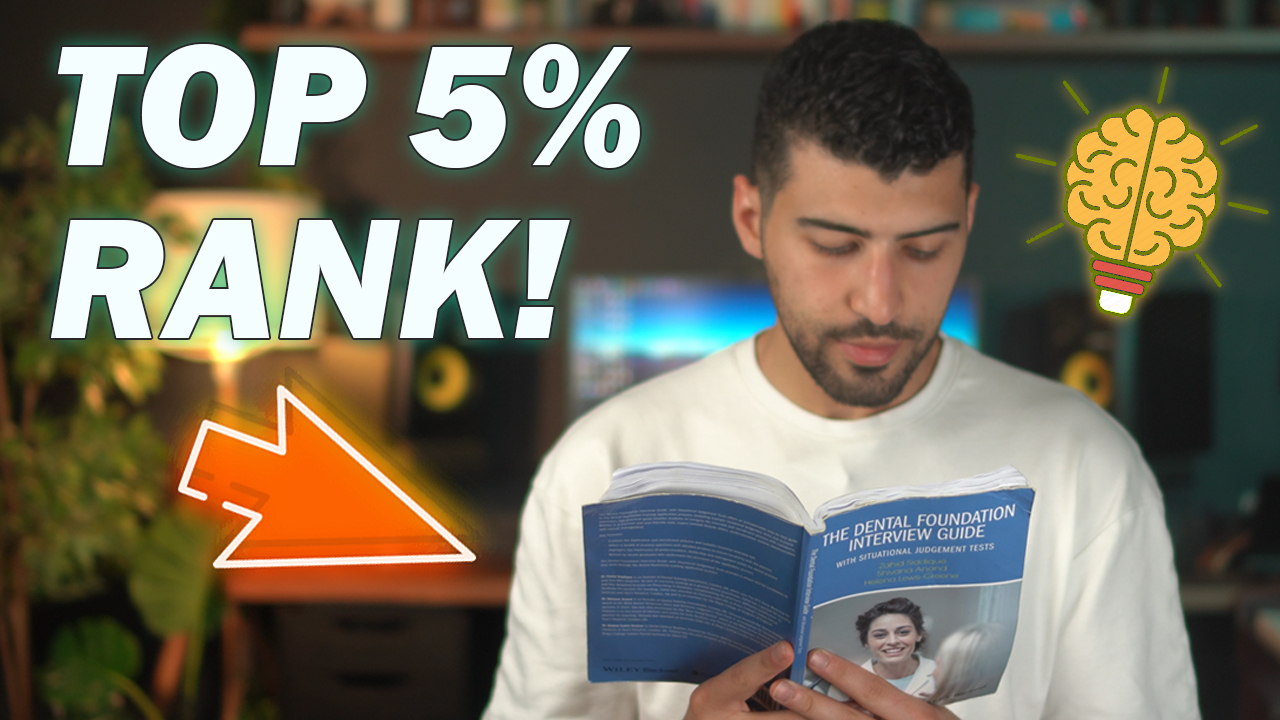 Guess what guys.. I ranked in the top 5% in the country for the Dental Situational Judgement Test or SJT and I’m actually working at the same dental practice as Zoh this year!! That means I got my first choice at one of the best dental practices in London and in this video I’m gonna reveal all my secrets as to how I did and how you can do it too. 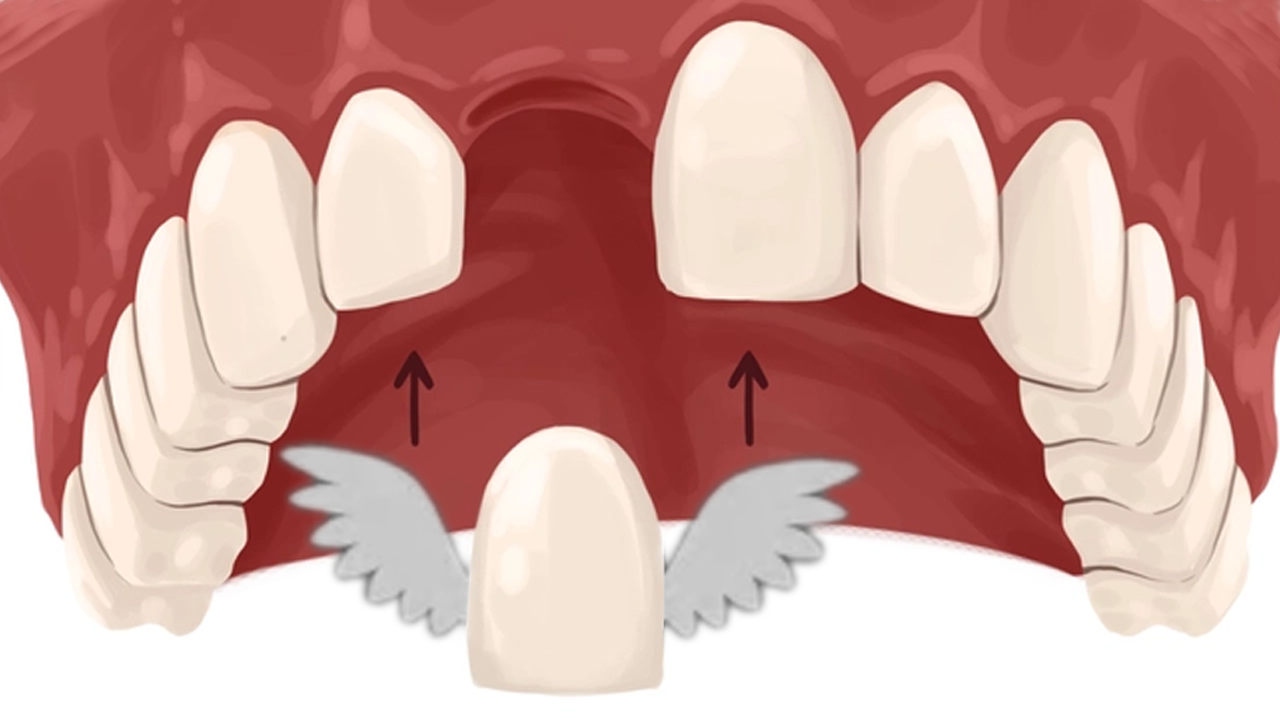 In this video, we cover the indications/contraindications, advantages and disadvantages, designs, impression taking and the bonding workflow of Resin Bonded Bridges! 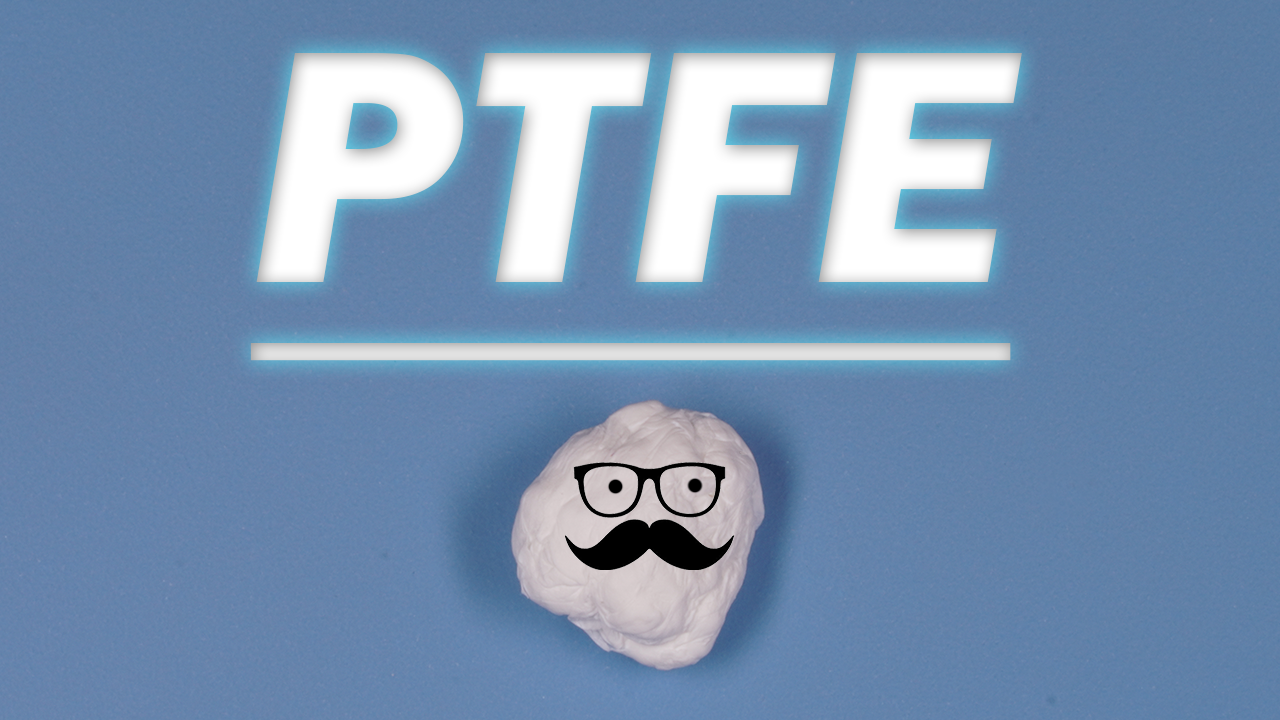 We both LOVE PTFE tape and for good reason. Here are 5 great ways to use it. 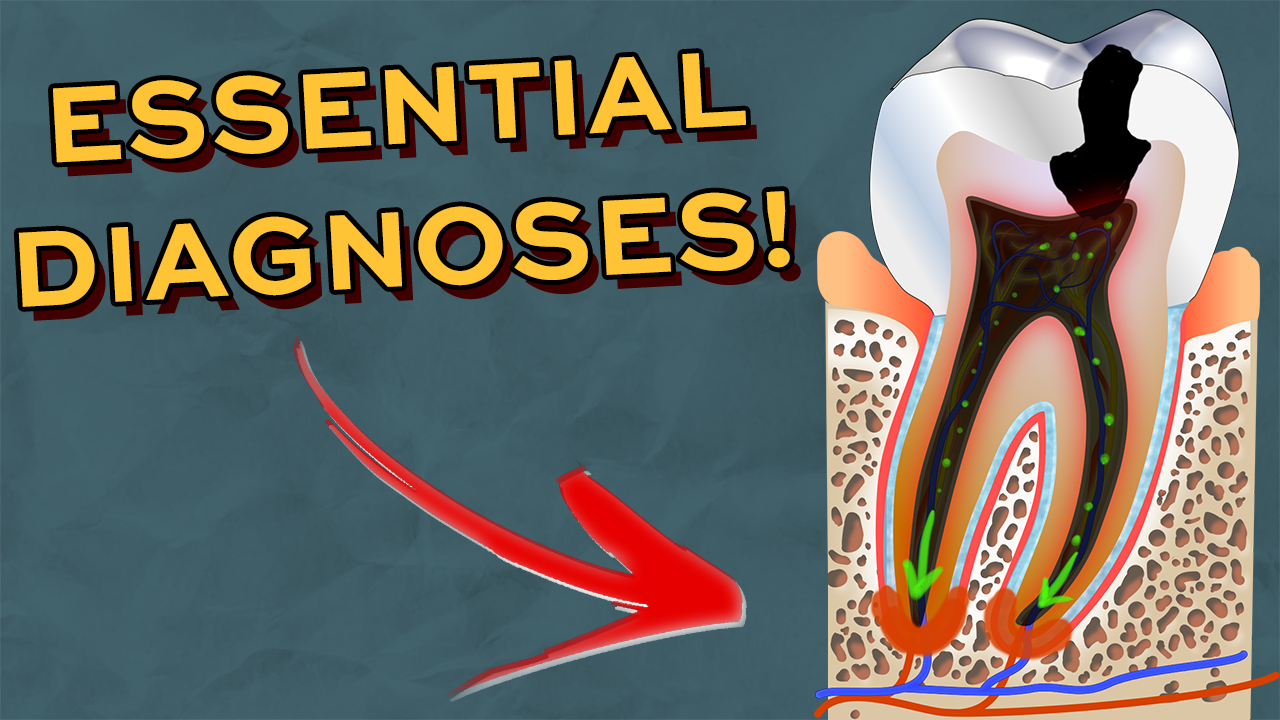 Every Dental Diagnoses you NEED to know when seeing patients!

In this blog we cover all the essential Dental Diagnoses you need to know including caries, pulpal, periapical. periodontitis (gum disease), tooth surface loss (Erosion, Attrition, Abrasion, Abfraction), dentine hypersensitivity and some others!